We love winter in Florida. The air dries, the seas calm, and temperatures cool. This is good news for winter fish species and the end of red tide. A season of reflection gives us gratitude for the big fish we’re seeing and hope for better water conditions next year. In the meantime, we want to give thanks to the anglers out there demonstrating responsible fishing.

I hear moans and groans alongside nods of agreeance as I say the words “responsible fishing” because it’s a complex topic. Commercial regulations allow margins of error while recreational rules tighten. But we choose to see this dichotomy as a challenge. It’s called ‘fishing,’ not ‘catching’ after all.

If you’re part of the ten percent of anglers catching ninety percent of the fish in Tampa Bay – you’ve got skills. Every catch is worth acknowledgment, considering the learning curve you’re up against. More so is the humility to care for the fish, environment, and continuation of fishing in years to come. It just so happens there are such anglers, and we’re here to share their story. But first, let’s cover the basics of responsible fishing.

Most anglers we come into contact with meet at least half these requirements. But one angler, in particular, comes to mind.

Njal is an annual Snowbird here at Fisherman’s Cove Resort. He is an avid fisherman and a passionate outdoorsman. While most nestle into their tiny homes after sunset, Njal goes down to the fishing dock to see what’s biting.

One particular night, Njal was out fishing with his buddy on the dock. Upon casting, he felt a bite that sent his line reeling. Upon inspection, Njal had a large snook on the end of his line! The snook was head shaking and thrashing and managed to jump out of the water, sending Njal’s line into the top of the nearest mangrove island. &$@*!  He had the snook hooked. And that snook was seeing the sky every time he tugged on his line.

Most anglers at this point would cut their line and wish the snook the best. What is one to do after all? It’s dark, the water’s filled with oyster beds, and the snook is essentially hanging in a tree. But this is where Njal separated himself as a true conservationist by demonstrating responsible fishing.

Njal walked his fishing rod from the dock to the boat ramp. He then asked his buddy to hold his line while he ran home to prepare. We thought he might return with a pair of water shoes, a flashlight, or line cutters even. But what did he return with? His kayak!

Without hesitation, he loaded up, dragged his boat into the water, and paddled out to the island where his snook floated, exhausted but alive. He then brought the snook aboard for a quick trip back to shore.

The snook wasn’t moving, and there was a question of whether it would revive, but that didn’t stop Njal’s attempt to save it. He secured his boat, removed the hook, and spent the next ten minutes swirling this fish back and forth in the water. One figure eight after another allowed the snook to regain its energy and eventually it swam off.

Not only did Njal save this fish, but he captured our hearts with his exceptional efforts. The reward being a personal interaction with a thirty-six-inch personal best that will live to see another day.

We are proud to have Njal on deck here at Fisherman’s Cove Resort. Join us for our weekend fishing clinics to learn fishing tips and tricks, including responsible fishing.

We look forward to sharing outrageous fish stories with you when you get here. Catch ya later! 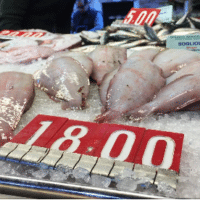 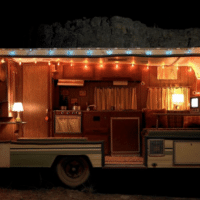 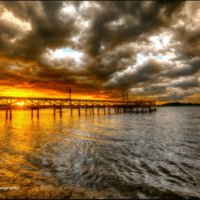 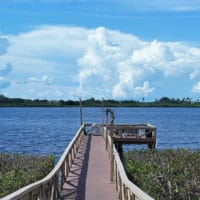 You Can Still Fish Here! 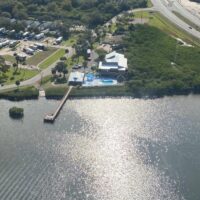 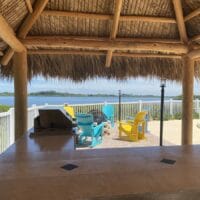